Why Not to Give Up, Everyday Miracles 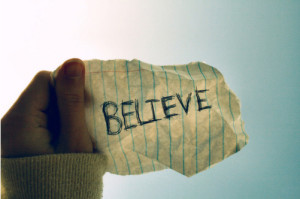 I want to share with you WHY I believe what I believe. I know many of you may not have not had a singular, spectacular moment when your testimony was born; rather it grew from moment to moment. For me my belief is founded on remembering experiences I have had.

Let’s look at Moroni 10:3, a portion that I believe is often overlooked or misunderstood.

“3 Behold, I would exhort you that when ye shall read these things, if it be wisdom in God that ye should read them, that ye would remember how merciful the Lord hath been unto the children of men, from the creation of Adam even down until the time that ye shall receive these things, and ponder it in your hearts.”

This is exactly what I did. Are we not all children of men? ‘Up until this time’ means up until now. I tried to remember how the Lord has been merciful to me from my birth until today. I have a ‘spiritual journal’ I keep track of spiritual experiences in my life, many of these I had forgotten until I read them again this week and remembered them…

“32 And it came to pass that the angel spake unto me again, saying: Look! And I looked and beheld the Lamb of God, that he was taken by the people; yea, the Son of the everlasting God was judged of the world; and I saw and bear record.

33 And I, Nephi, saw that he was lifted up upon the cross and slain for the sins of the world.”

Do we believe in following the prophets and apostles? If so follow this commandment: Dieter F. Uchtdorf – First doubt your doubts before you doubt your faith. How can I NOT believe if I remember these experiences and how the Lord has been so merciful to me. I can choose to remember or to forget.

And Going back to Moroni – Remember how merciful the Lord has been to YOU! Sit down tonight and make a list of all spiritual experiences you have had in your life and you will be amazed. Try to keep a spiritual journal to remember them in times of need.